Annesbrook is an 18th century house located outside Duleek, Co. Meath and is an integral part of the Meath built and living heritage. It is approached via a long avenue and is set in woodland in the rolling Meath countryside.

The front of the house has the Georgian rooms and portico which were added when the prince regent, later to become George IV, paid a visit in 1816. It was designed by  Francis Johnson the architect for GPO on O’Connell Street and many other landmark buildings in Dublin. The front Georgian section hides a much older and modest farmhouse behind. It is estimated there has been a house on the site since the 15th century.

Over the past number of years ambitious restoration projects have been undertaken. The banqueting hall and portico have been restored, other projects are being undertaken to restore Annesbrook to it’s full grandure.  The restoration has been funded by the family, The Irish Georgian Society, The Heritage Council, Meath County Council and Meath Partnership.

The historical setting provides an atmospheric backdrop to an intimate and exclusive gathering, an ideal venue for weddings, private parties, meetings, concerts, theatre, lectures and pop-up dinners. We can offer you the opportunity to design your own event in a magical and unique setting.

Kate Sweetman was a founding member of the highly acclaimed Hidden Ireland group. She successfully operated Annesbrook as a guest house for over twenty years providing hospitality to countless visitors from Ireland and abroad. She comes from a family with a deep interest of the built and living heritage and is sister of David Sweetman, former Chief Archaeologist of Ireland.

As a family we have a profound interest and knowledge of Meath, its landscape, history and traditions. Members of the family have in-depth expertise of the history, heritage, folklore and landscape of Meath. We also have strong professional and personal networks within the culinary, photography, arts, performing arts and environmental communities within Ireland. 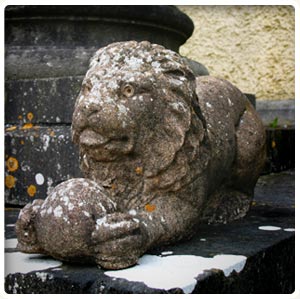 Annesbrook is located beside the Boyne Valley Area and at the heart of some of the most renowned archaeological treasures of Ireland – Newgrange, Bru na Boinne, Trim Castle, Mellifont Abbey, Monasterboice and the Hill of Tara.

Going south it is 30 minutes from the M50 in Dublin by either the M1 or N2 and 20mins from the airport. Going north it is just over an hour from Belfast and a similar distance from Monaghan, Cavan, Longford and Mullingar.

[testimonials backgroundcolor=”#ffffff” textcolor=”#000000″]
I went to Annesbrook to dine, and watch a production of The Picture of Dorian Gray. I had a wonderful evening. The food was simple and tasty, and the production stylish and classy. The three high quality performers used the dining hall as their stage, and skillfully weaved their way in and out of of the tables without ever missing a beat. It was a wonderful way to see a play.
[testimonials backgroundcolor=”#ffffff” textcolor=”#000000″]
Annesbrook was the setting for my 40th birthday party. My party commenced with a dinner party on the Friday night, the next day friends and family descended for an afternoon of drinks on the lawn, followed by an evening of food, drink and dancing. If you are looking for something boutique and individual that stands out from the rest then have your next event in Annesbrook.