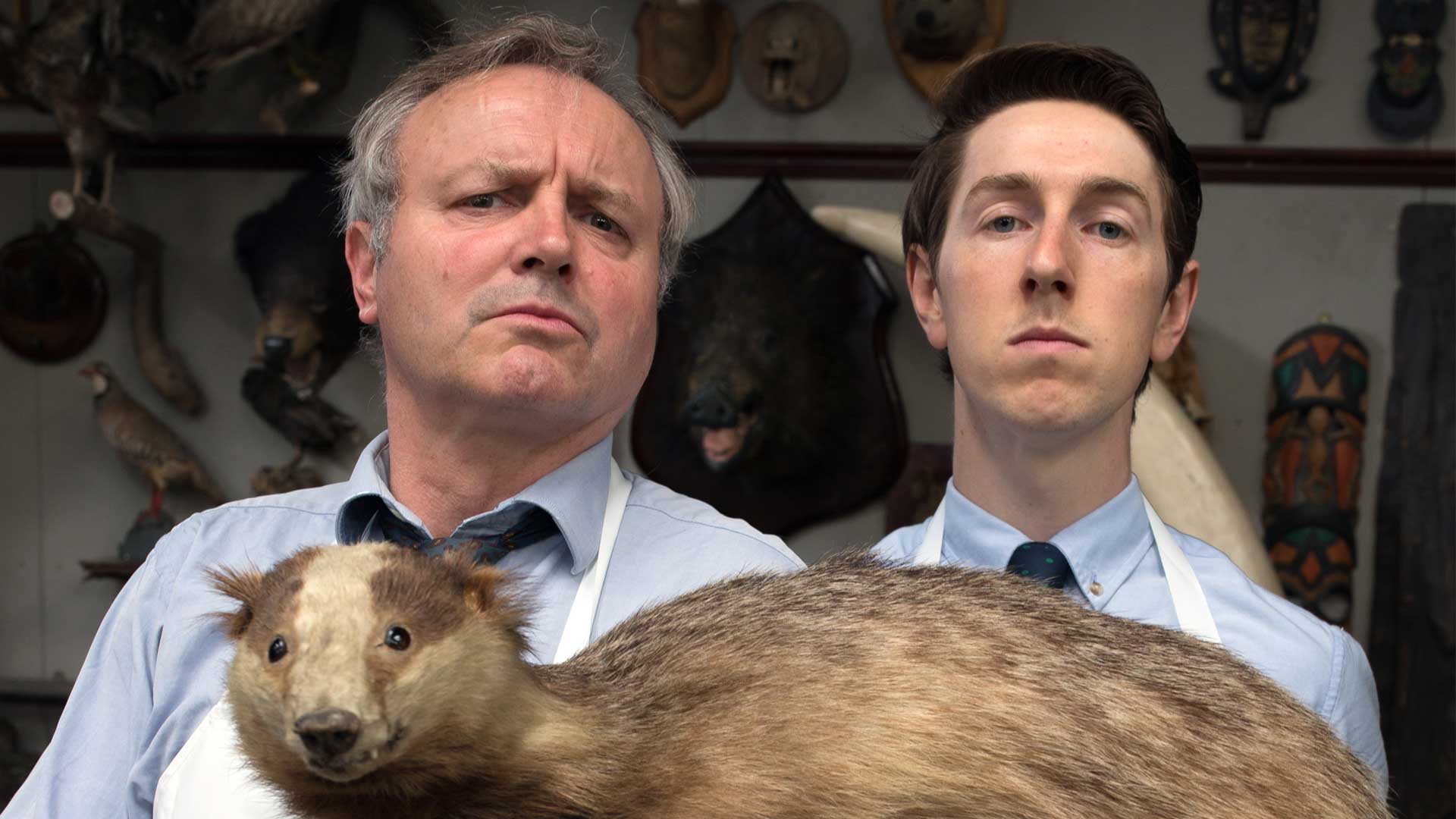 The stuff of comic genius, Mail on Sunday

Existential comedy at its best, Beckett would be proud Sunday Business Post

The outrageous and acclaimed comedy Burdan’s Ass, which has just enjoyed a sell out run in Bewley’s Café Theatre, comes to Annesbrook for a special night of Dinner Theatre.

Inspired by the wilder extremes of animal behaviour, the play explores the mechanics of turbot breeding, the exotic mating rituals of the bowerbird, the social taboos of pelican eating and the murderous antagonism between badger and dachshund. Above all, however, it focuses on one man’s struggle to reconcile his scientific vocation with his primitive desires.

Mahone, the last in a line of taxidermists of Russian descent, is struggling to save his dying business. The trade in stuffed animals has hit rock bottom and his only commission, the corpse of a much-loved pet badger, has gone disastrously wrong. Moreover he is beset by a series of emotional and philosophical crises and haunted by the demons of his philandering past. But, spurred on by his irrepressible apprentice Ernest Blades, Mahone sets out to overcome the paralysing effects of Buridan’s Ass Syndrome and to find redemption through physical passion.

A laugh a minute, The Scotsman