Experience the haunting atmosphere in Annesbrook this Halloween season (November 10th). Join us for an evening of classic horror films in the setting of the gothic dining room.  8mm and Super 8mm film will be projected, a rare chance to experience this film format in such an atmospheric setting. A buffet dinner will also be served.

Films to be shown 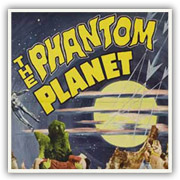 See!! A 6 ft. astronaut shrink to 6 inches before your very eyes! See!! The Moon Maidens! See!! The attack of the Fire People!

After an invisible asteroid draws an astronaut and his ship to its surface, he is miniaturized by the phantom planet’s exotic atmosphere.

Staring DOLORES FAITH the Girl from Outer Space!Featuring Richard Kiel (Jaws from James Bond) in a cameo, Phantom Planet is a classic 1950s rocket movie set in the far-flung 1980s.

This amuse bouche will be served with a soupcon of sixties surf rock. 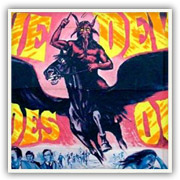 The beauty of woman . . . the demon of darkness … the unholy union

At a reunion of old friends at a country estate, occult expert the Duc de Richelieu and his well-meaning but impulsive lantern-jawed sidekick Rex discover their young comrade Simon has become involved in “astrological society”, a thinly-veiled satanic cult lead by the charismatic Mocata.

Christopher Lee stars in what he professes is his own favourite Hammer House classic, based on the occult thriller by Dennis Wheatley. 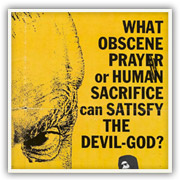 What obscene prayer or human sacrifice can satisfy the Devil-God?

Another short, again with Christopher Lee and set in the same spooky manor as The Devil Rides Out. This time Boris Karloff and Barbara Steele also star in an entertaining psychedelic horror that more resembles an episode of Scooby Doo than The Exorcist. Apparently loosely based on H.P. Lovecraft’s “Dreams in the Witch House”. 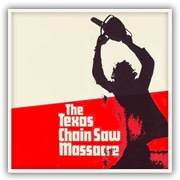 Who will survive and what will be left of them?

An abridged version of the Southern Gothic classic and the most terrifying film of the evening. This version begins with a spooky radio broadcast and rapidly turns into a 20 minute rollercoaster chase, stopping only for a dinner scene with a family of grotesques straight out of a Flannery O’Connor short story. 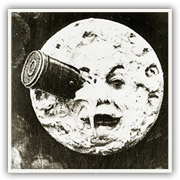 One of the earliest and also one of the most beautiful films ever made. Stage magician Georges Melies uses every trick at his disposal to conjure a shimmering journey into space. In early film the camera never moves; instead the sky, the milky way and the starts move past the stage as we join the astronauts on their journey.

This will be the dream-like finale for the evening. Ballet girls from the Théâtre du Châtelet portrayed the stars while the Selenites were portrayed by acrobats from the Folies Bergère.