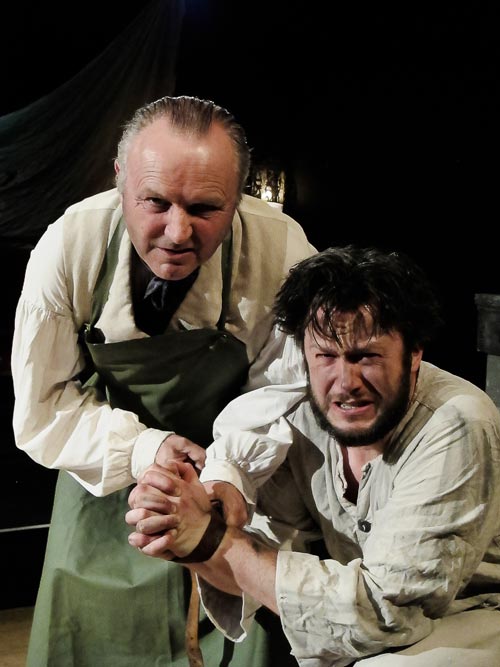 Included in ticket price dinner and a glass of wine

Poe Show is a theatrical celebration of the work of Edgar Allan Poe, the tormented genius of Gothic literature. The show was staged in Bewley’s Café Theatre in 2009 to mark the 200th Anniversary of Poe’s birth and was a big critical and popular success. It has since continued to evolve and develop and has toured widely to many interesting venues around the country, including country houses, churches, ruins and graveyards.

The show features two of Poe’s best-known stories – The Tell-Tale Heart, a terrifying exploration of murder and guilt and The Cask of Amontillado, a pitch-black comedy of revenge, as well as a charming love story from The Premature Burial.

With musical settings of some of his greatest poems, Poe Show will takes you on a deliciously dark descent into the maelstrom of one of history’s most frenzied imaginations.